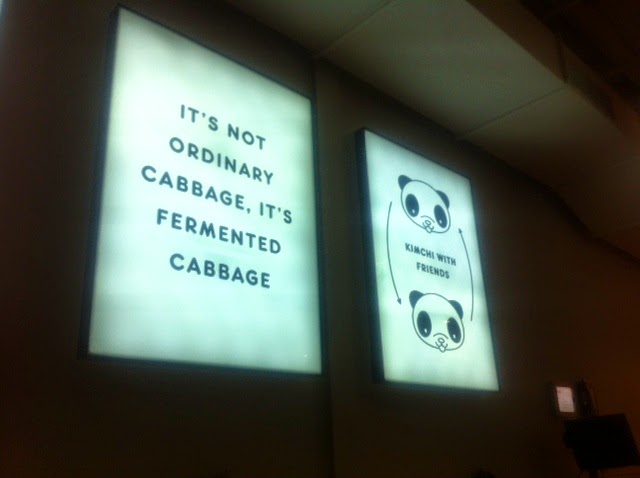 It was on a quiet Sunday evening when I caught up with my chick bestie Jacqui while languishing in Melbourne (oh alright, it's not actually much of a hardship to languish in Melbourne).  Jacqs, being a fellow foodie and a Melbourne resident for many years, knew to pick somewhere good for dinner. 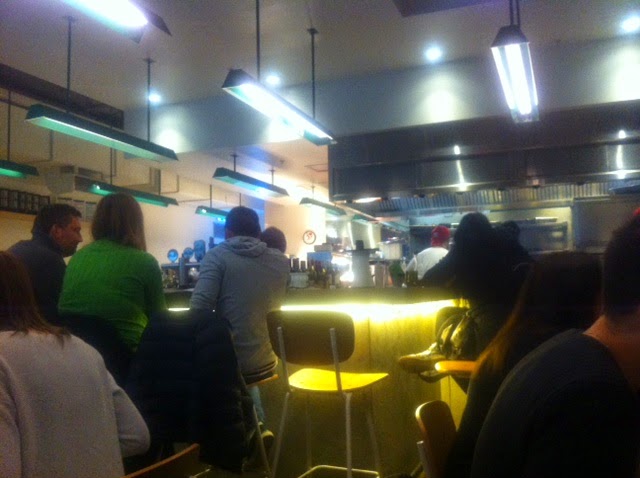 So after a drink at the Botanical (love that place, including the bottleshop, where you can decide to crack open the bottle right there and then and get stuck in it, for a modest corkage fee), she took me to the back streets of Richmond (well it's 599 Church Street, but it felt like the back streets, deserted with the wind blowing through, when we turned up - hope there are no Tigers fans reading who take exception), where lay the new brainchild of the makers of Chin Chin: Kong BBQ.

Of course, Kong, like so many hip Melbourne eateries, doesn't take bookings; so we got there early at just after 5pm to beat the queue, and got a table almost straightaway.

What is up with this latest Melbournian obsession with fusing Korean cuisine into its culinary style?  Not that there's anything wrong with that, of course, and it is certainly a welcome addition of variety to the almost ubiquitous Pan-Asian style (i.e. Thai & Southeast Asian) that seemed to dominate modern Melbourne cuisine during the last decade.  Naturally (so it seems), Kong's menu is heavily (some would say intrinsically) Korean influenced, starting from the cutesy panda sign ("It's not ordinary cabbage, it's fermented cabbage") to your left when you walk into the restaurant.  Wait a minute - pandas aren't Korean??

Our friendly waitress told us about her Korean heritage and cheerfully explained the menu items to us. 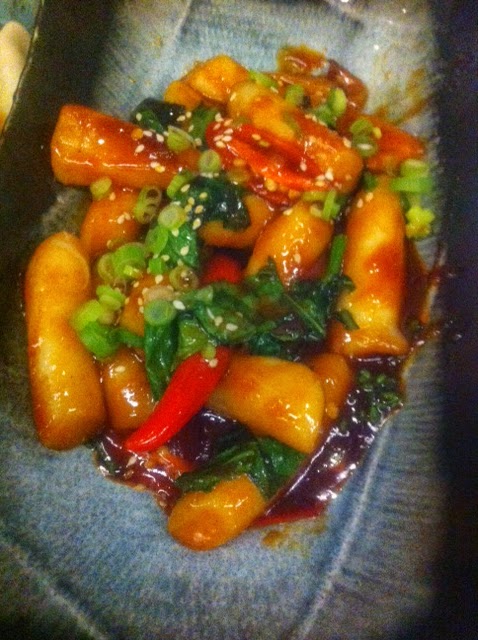 We ordered a whole bunch of richly flavoured and spicy delights, such as spicy pork buns and crab buns (both utterly delicious), a chilli beef brisket cooked in their oven fired by chemical free charcoal made from sustainable Australian hard-wood (ahh a conscience free meal), and Dukbokki.

So what is Dukbokki?  The menu described this dish as "rice cakes", so we were kind of expecting rice squashed into some kind of patty-like form, and were taken completely by surprise when it arrived, complete with whole chillies which I was unwilling to leave behind, and slathered with a rich, thick, spicy sauce.  It was a spicy, richly flavoursome and interestingly textured experience!  Apparently Dukbokki is a popular street food in Seoul, and I can understand why.

Jacqs and I had a great time - giving each other crap (which is what besties do best), mock-lamenting the fact that her husband Marc (poor fellow … not) who has been hanging out to eat at this restaurant missed out because he decided to go for a boozy trip into the countryside, and generally catching up on life.

So is this authentic Korean?  I have no idea, but I rather suspect that it's a Melbournesque take on Korean cuisine.  And with the cheerful, prompt service, great food and reasonable prices, you'll certainly enjoy it, particularly if you like richly flavoured, spicy cuisine.  Even the price of having to carb-load (you can't escape it in this restaurant) to try some of its best dishes is a small one to pay.

Posted by The Frenchman at 9:00 PM