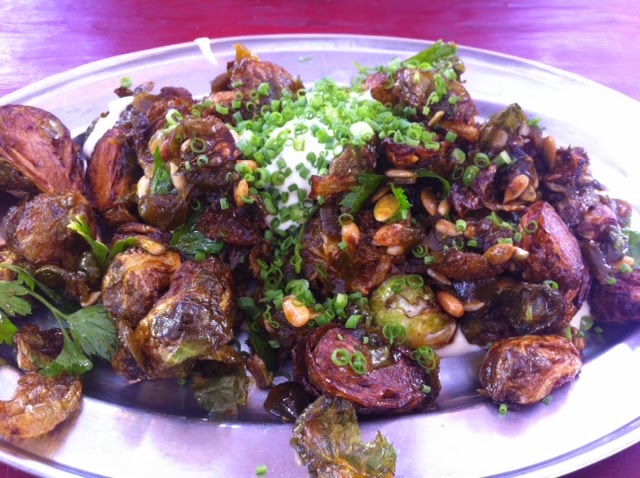 My mate Wayne (apparently a fashion industry icon back in the day, but now more closely associated with his calling as the Bailli of Chaîne des Rôtisseurs in Western Australia) is one of the few friends I have who also has the flexibility to catch up for an ad hoc (sometimes extended) lunch during the week that doesn't require pre-planning or involve spending 45 minutes in a food hall before having to rush back to the office.

For one of these lunches, we decided to head down to the Old Crow on 172 Newcastle Street - the address tells you it's in Perth, but it's really in the Northbridge precinct.

From the outside, it looks like a simple, albeit trendy cafe, but don't let that fool you.  These guys serve up some really good food. Given the array of interesting dishes on the menu, we decided to order 3 to share between us (yes it's a bit gluttonous given that each dish is designed to be a meal on its own, so we took off our gourmet hats and put on our gourmand hats instead).

The first to arrive was the pulled pork sandwich, which came with their version of aioli and a cup of chips.  Pulled pork.  'nuff said.

The next to arrive was the cheese kransky hot dog.  The bloody spell-checker keeps trying to replace it with "cranky", but it is anything but that!  Accompanied by a monstrous pickled jalapeño and smothered in aioli and finely grated parmesan and chives, this was a favourite (if there can be such a thing with three fine dishes to contend with). 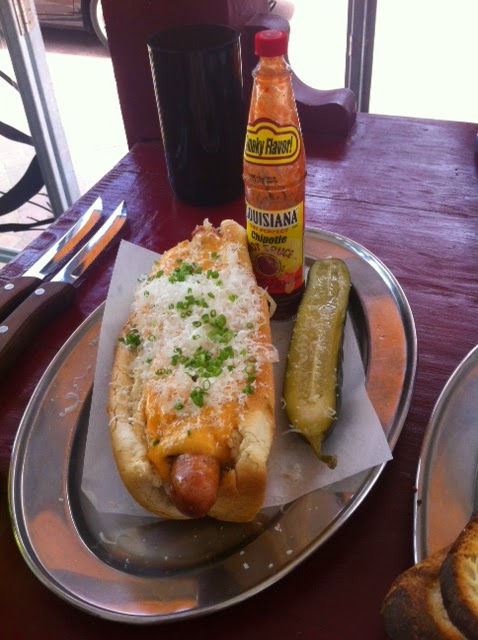 Then came the freshly made crispy brussel sprouts.  If you suffer from brussel sprouts trauma when you were force-fed in your childhood with the over-boiled, unseasoned stuff by the fistful, ordering this dish is the best way to cure it.  This stuff is just more-ish.  Crispy on the outside and glazed in sweet balsamic vinegar, yet soft and chewy on the inside, it tastes nothing at all like the stuff that came out of your parent's kitchen.

In fact, Wayne and I were surprised that we kept unconsciously eating yet another one while chatting, until the entire plate was wiped clean and our guts were busting.

As I waddled back to my car with my distended brussel-sprout-filled belly, I was thinking that these are the best brussel sprouts I have ever had in my life!
Posted by The Frenchman at 12:00 PM